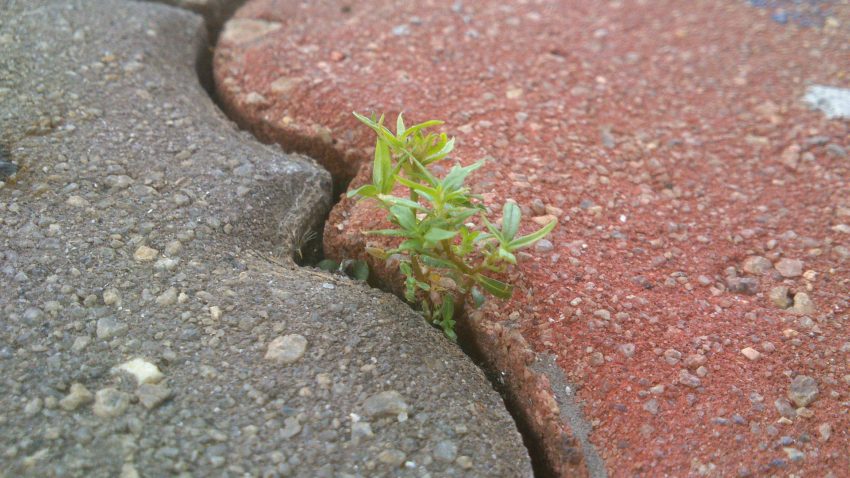 Image by symphonyoflove from Pixabay

What I am hearing in the texts, emails, and calls I am getting from entrepreneurs is resolve.  They are determined to get through all of this, by doing whatever it takes.  These entrepreneurs have the resolve to learn from what we are going through. They are committed to becoming even stronger on the other side of this chaos.

One of my alums, who is a tech consultant, texted me yesterday. He told me that, in one single day, they lost all of their anchor clients.  His next comment?  He said that it is an important lesson in managing risk that he wants to share with others going forward. Resolve.

I have several alumni entrepreneurs (and several friends) who own businesses tied to the music industry.  One of them emailed me to let me know that all of her planned activities tied to live concerts were indefinitely suspended. She went on to tell me that she is pivoting her business model.  She is building her platform to help keep artists and fans connected during this time of cancelled concerts. Resolve.

Another alum told me they were temporarily closing down their operations, which are in multiple cities across the country.  His next sentence was an offer to help Mrs. C. and I if we need anything. Resolve.

Countless restaurateurs who I know are scrambling to sell gift cards, build up their take out business, or deliver prepared meals as a new service for their customers until they can open again. Customers are doing what they can to support these small business owners. Resolve.

An alum whose business is tied to live speaking events (all cancelled for next several weeks) encourages all of us to take what comes next “one day and one step at a time.”  Resolve.

We’ve Seen This Before

In looking through past posts at this blog, it surprised me to see how many have been about recessions.  I guess that happens when you’ve been blogging for 16 years.  In the early days of this blog, back in the early 2000s, I found several posts that lauded the entrepreneurs’ critical role in the expansion that had followed the 2001 recession. This recession came on the heels of the dot.com bubble bursting and 9/11.

Entrepreneurs led the recovery after the 2008 real estate collapse.  A post that stood out was one based on a talk I heard from venture capitalist Tim Draper, who founded the firm now known as Threshold.   I wrote in that 2009 post:

Draper predicted we would see “pilotless electric cars,  e-education for the masses, all computing from the clouds, genetic disease prediction.” These and many other innovations Draper foresaw have all come to be over the past decade.

We know that it is the creative destruction and innovation from entrepreneurs that creates real economic growth.  Schumpeter helped us rethink the role of entrepreneurs in our economy almost eighty years ago. He helped bring entrepreneurs out of the shadows of economic theory.

In reflecting about all that we are going through, I have been remembering the challenges in my own journey.  I prepared a couple of slides to share with my students.  They will get this presentation this weekend online, since that is how we will be meeting for the rest of the semester (which would have been almost impossible a decade ago).

The first slide highlights the five major economic downturns that I have experienced in my work life prior to the one we are about to experience.  The downturns are shaded in grey, and the events surrounding each are in red. 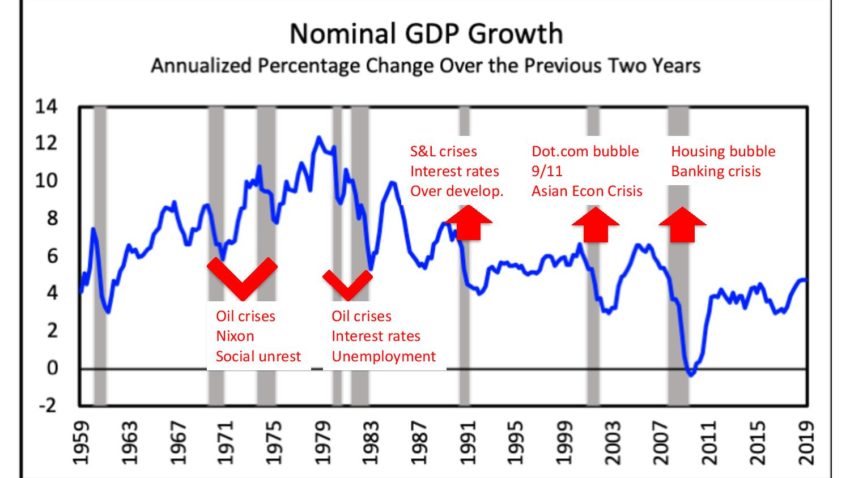 And yet, life goes on.

This slide shows how Mrs. C. and I continued to move ahead with our lives during all of these ups and downs. 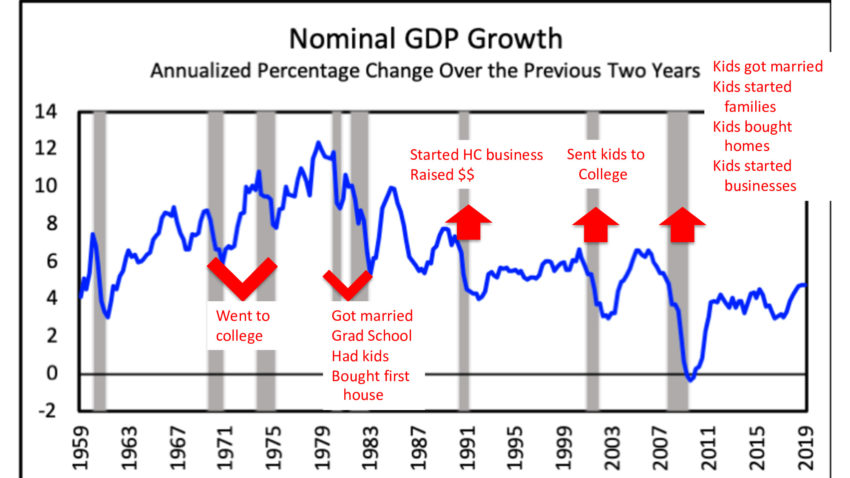 After the back-to-back recessions in the 1970s we went to college.  We saw a better life ahead of us if we pursued a college education. During and after the severe double dip recession in the late 1970s and early 1980s, we got married, I went to grad school, we started having a family, and we bought our first house (with a double-digit interest rate mortgage).  The 1991 downturn came at the same time we were raising money to expand our healthcare business.  After the 2001 market crash and 9/11 we sent our kids to college.  The events in our lives around the 2008 recession involved the next generation in our family — marriage, grandchildren, homeownership, and business startups.

The resolve we are seeing among entrepreneurs will pay off for our economic future.  It will take time and hard work, but these entrepreneurs are the ones who will lead us into our next economic expansion….and we will have one!

Previous Next
Logging In...