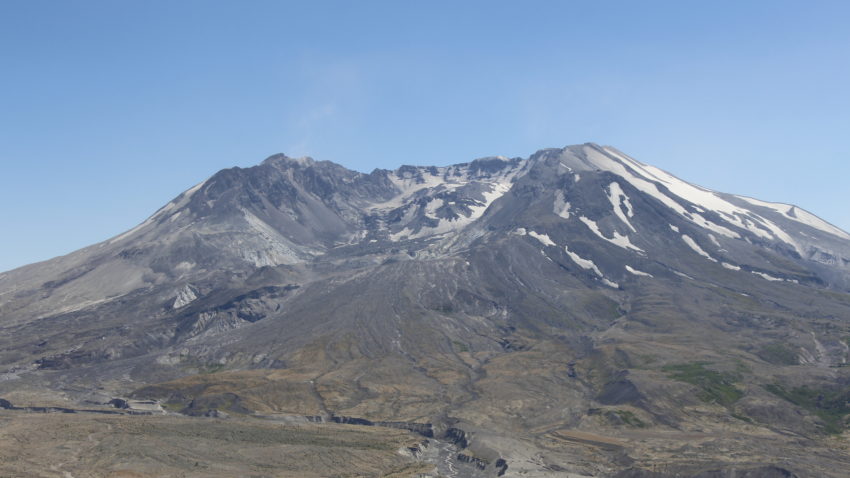 Perhaps the recession we are entering into should be called the “Mount St. Helens” Recession.

Mrs. C. suggested this to me on one of our walks this past week.  When she said that the events surrounding the 1980 eruption reminded her of the current state of the world, I knew it was the perfect metaphor for our current and future economic conditions.

Although us older folks remember the eruption of Mount St. Helens like it was yesterday, many of you were probably not around when this volcano erupted in Washington State forty years ago.

Scientists saw signs that Mount St. Helens was coming to life years before it erupted.  However, concerns heightened in 1980 when the mountain’s activity created thousands of small earthquakes. Then the volcano began to change shape.   The movement of magma upward created a huge bulge on the side of the mountain. As the mountain came to life, it spit out steam and ash.  As the earthquakes and small eruptions intensified, experts predicted an eruption was imminent.  They could not, however, predict the exact time and date.

On May 18, 1980, a massive earthquake from deep within Mount St. Helens caused a huge landslide on the north side of the mountain.  The landslide was followed by a lateral eruption that sent gas, rock, and ash out at over 600 mph, devastating an area of 230 square miles.

The lateral eruption was unusual, so dozens of people who were observing the volcano or just waiting it out in an area they assumed was a safe distance were killed by the blast.

After salvaging much of the lumber leveled by the blast, officials decided to let nature take its course and heal the landscape.  Over the coming years, vegetation grew back, animals returned, and the lakes and rivers that had been choked with mud and debris returned.  For a detailed history of this event, see this link to The History Channel’s website.

The Lessons for Today

As evidence showed that an eruption of the volcano could happen at any time, people were warned or given precautions to take – some listened, some chose not to.

Just as the days, weeks, and years before Mount St. Helens erupted, we had signs that we might face a crisis. Epidemiologists warned of a possible pandemic. Economists insisted that the economic boom that we faced was becoming fragile and unsustainable.  But just as with Mount St. Helens, nobody could have predicted when things would turn, nor the immediate devastation that would result.

The coronavirus pandemic seemed to come out of nowhere.  We were living our lives, planning for our spring breaks, starting new businesses, getting ready for new careers, and then suddenly everything catastrophically changed in what seemed like an instant.

The landscape after the eruption of the volcano looked like a moonscape.  How could it ever return to normal after such devastation?

And yet, it did return.  Not exactly like it was before, but it did return to a thriving ecosystem, and much more quickly that many experts predicted.  It showed the resiliency of nature.

If we let things take their natural course, our society and economy will come back.  Not quite like before.  Hopefully, through all of us working together, it will be a bit better.  Consumers will begin to spend again. Small businesses will start back up. Entrepreneurs will find new opportunities in the ashes of this recession.

A Note of Caution

One of the lessons of Mount St. Helens is that something like its 1980 eruption will come again, if not on that mountain, on one of the string of volcanoes that make up the part of the ring of fire circling the Pacific Ocean that cuts across the Western US.  It may not come for many decades or even centuries, but it will happen again.

My parents and grandparents never forgot the lessons of the Great Depression.  They tried to pass them along, but over the generations, memories faded.  None of us alive today will ever forget these challenging times. But to our grandchildren and grandchildren’s children, the events of 2020 will just be a vague part of history.

Let the wafts of steam that still come out of Mount St. Helen today act as a warning:  sometime in the future, generations to come will also face devastating events in their lives.

But just as nature is resilient, so are we.

Previous Next
Logging In...